Strategic company sites, seasonality and interactions for the business December is a month traditionally full of researches, statistics and balances devoted to all the trends of the ending year, and even the SEO world makes no exception. Straight from the US here it comes an interesting study describing the ratio between consumers and business sites, with useful indications to whoever works on the SEO optimization of business projects.

Business sites and clicks, a study about trends in the United States

The investigation has been made by Yext, an american company working on the online brand management field, and reveals that consumers are turning more and more interactive with the search results correlated to business sites, as we already said in the article about the impact of the Google’s SERP features on users’ habits.

The three most interesting points of the study

The data gathered by the study carried out on a sample of over 400.000 business SERPs in the US draw out three main elements:

Alongside the current picture of the business sites’ situation, Yext also tried to outline the main trends expected on 2020; as Zahid Zakaria says, the company’s Senior Director of Insights and Analytics, “Some industries are naturally more popular with consumers during certain seasons, but the need for businesses in every category to be in control of their facts online stays important year-round”.

What still is fundamental is “to capture the wave of customers who are interested in transacting with them, no matter what month it is”, and in this perspective businesses should be ready “by ensuring their information is accurate across channels, from the search results on their own website to their listings on third-party platforms”. 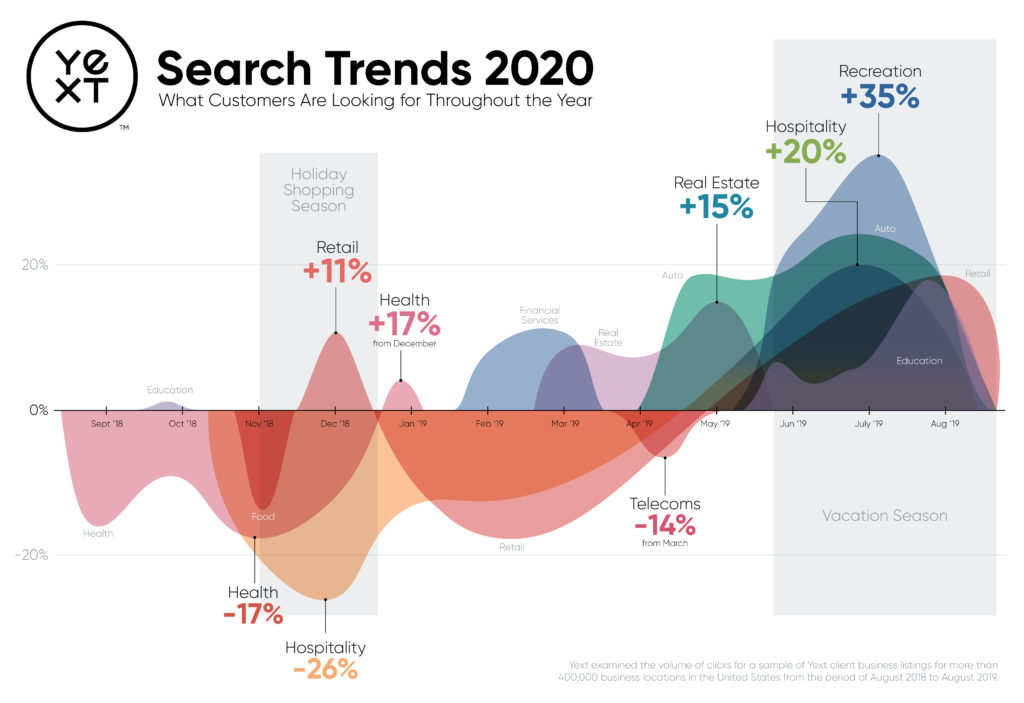 Seasonality calendar in the United States

Here then follows the calendar of seasonality trends for business sites in the US (the image above is taken from yext.com site):