We often say this: SEOZoom is a complete and versatile SEO suite, a valid ally for every type of site. Of course, we are absolutely biased, but these evaluations are confirmed daily by our users, and the case studies we are presenting help us to shed light on original and “unpredictable” cases of use of the SEO tools. Today, we give the mic to Francesca Rolle, who tells us firsthand how these tools have helped the growth of the super local cultural project of https:///teatrocaselette.it/ , the official website of the theatre in Magnetto di Caselette, small town in the province of Turin.

This is the story of a random discovery… a bit like the discovery of fire: as well as man discovered the fire randomly and, then, began to tame it by inventing, over the centuries, tools such as matches and lighters, I, as a press officer and digital marketing of the Theatre of Caselette (and other realities) I discovered the power of Google and SEOZoom became my match first, and my beacon later.

The site of the Teatro Magnetto di Caselette was born as a showcase site to promote the activities of an association, the Compagnia Teatrale e Culturale Messinscena, operating in a small town in the province of Turin, who had just received from the Municipality the task of managing the activities of the town theatre.

I put on the site (not a web design masterpiece, but it works!) and, since I was born as a copywriter, I soon open a blog inside the site, starting to write articles in a “random” way, because I still cannot afford tools that return the search volume, nor the competitiveness or the search intent of keywords.

First results of the site

There comes a time when requests for information for theatre courses begin to multiply, despite the fact that there are no active ads on social media. So, I get suspicious and go on SEOZoom free, noting that teatrocaselette.it has a decent ZA.

It was back in 2019 and here is what was happening: 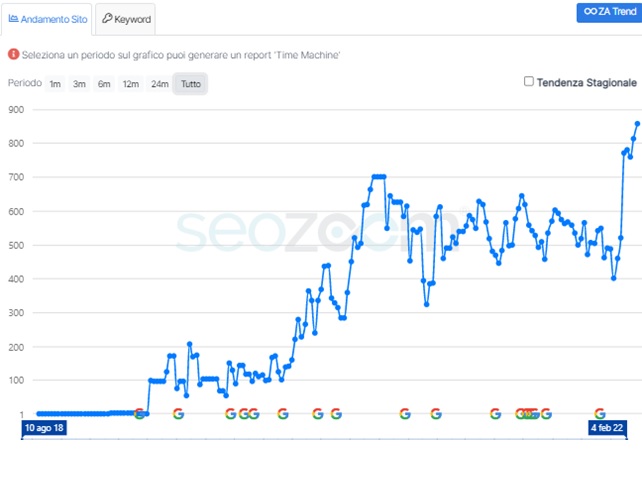 By pure chance, the first blog articles had centered some keywords important for the theatrical training, also favored by the little-to-no competition on them.

So, I decide to focus not only on paid traffic but to get to work on the SEO. I purchase the basic plan of SEOZoom and improve the existing content, both the pages and the articles, following the advice of the tool. The customer care girls start calling me by name and asking how I am, when I ask them the umpteenth question in chat!

I then proceed with the already existing contents, following the precious advices of the “Contents” section, inserting or giving relevance to the suggested keyword. On the same contents I then did a cleaning job, by merging or dividing the articles according to their search intent.

Today, that first article that had allowed us to get that “suspicious” amount of contacts, ranks on the front page for plenty of valuable local keywords.

The use of the SEO tools to consolidate the editorial strategy 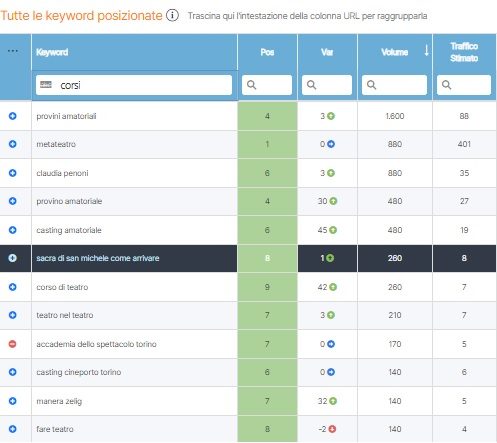 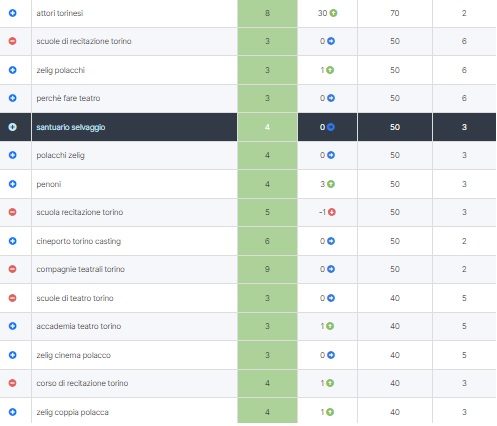 It may look like a small number, but for a theatre with 250 seats and two acting teachers it really is a nice achievement!

The optimization work continued with the creation of new content as follows:

But the mission of the Association does not end with theatre courses and, thanks to the work done with the help of SEOZoom, also important keywords regarding theatre entertainment and the rent of the hall were centered, with a considerable increase in sales of tickets and subscriptions and requests for the use of space by third parties. 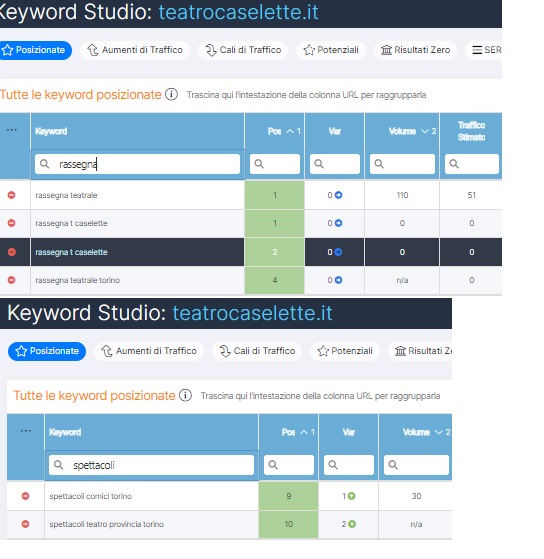 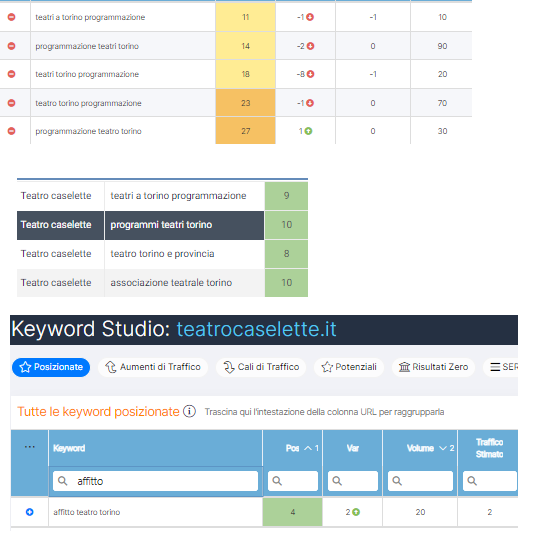 As for the blog, which has focused both on articles aimed at aspiring actors, both theatre fans, and that currently has just over fifteen articles, many keywords are on the front page: 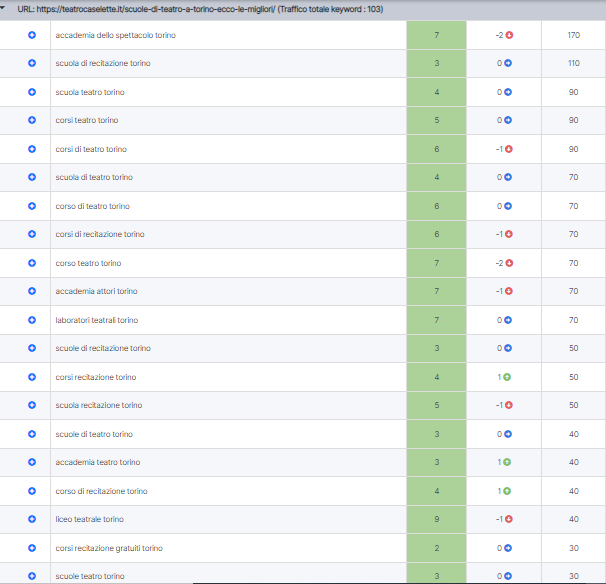 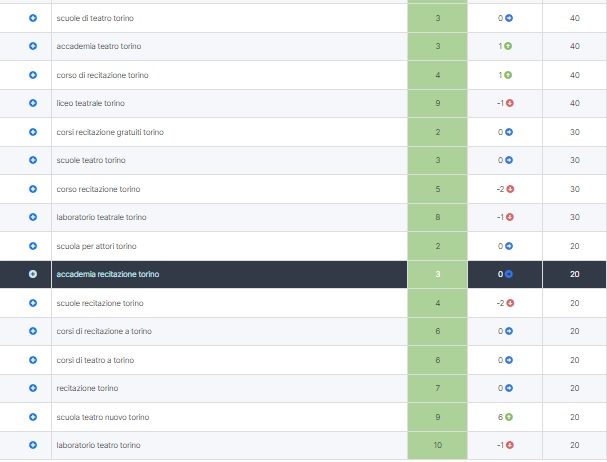 The results of the work on the theatre site

The results of this strategy? Few compared to the ones I could get if I had more time to devote to the project, but still amazing for a country theatre:

For anyone who works as a copywriter, seeing these results is really a beacon in the night. Thatâ€™s why I decided to study and apply these techniques to many of my projects and those of my clients, as well as start working with many new customers.

This year, I obtained the SEOZoom certification and I opted for the professional plan, because enticed by the 10 available projects and the “old” content gap function, but I found much more: a new suite to discover and that never ceases to amaze me.applied to a super local cultural and educational project