Just yesterday, reporting fragments of Rand Fishkin’s intervention on Google’s evolution, we talked about the increasing intrusiveness of the search engine and the neverending growth of zero click researches: here now comes a new statistical study to confirm the boom of the rich answers, as of all those Google’s SERPs features that are now joining the classic blue links among search results. 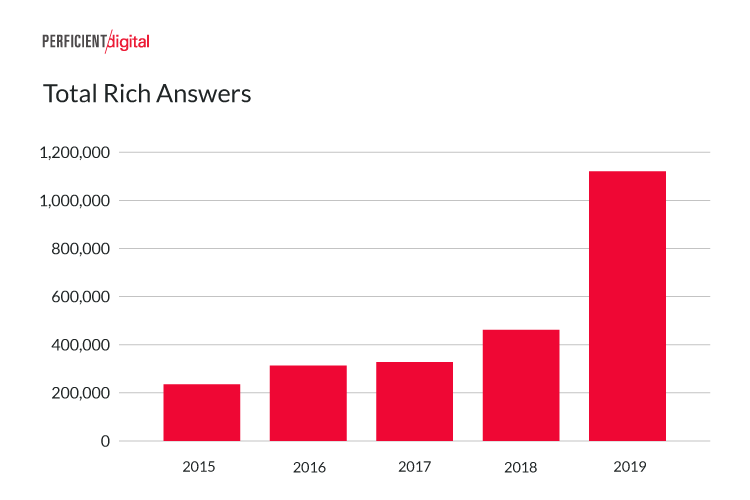 Providing these data is the annual report by Perficient Digital, that analyzed 1.4 million search queries in order to test on featured snippets and other rich answers, try and understand how Google takes and produces these results and how or how much they changed over time. The most blatant aspect is the significant growth of carousels, especially those with images, that is pulling the entire increasing of these features. 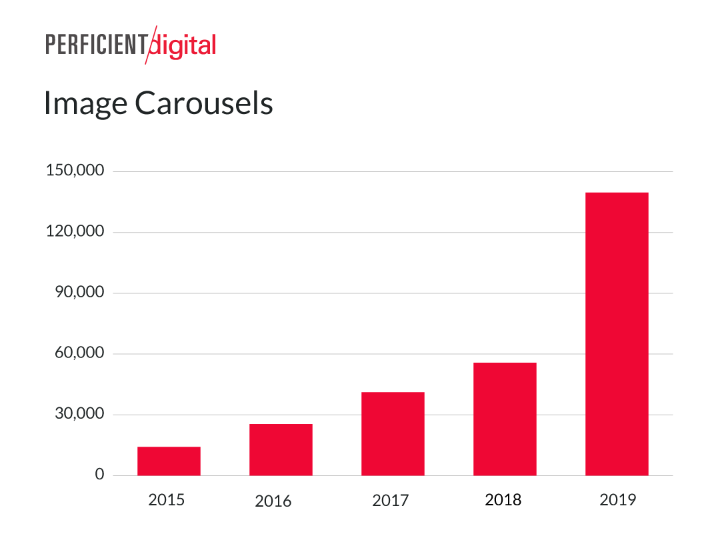 A proper boom for carousels on SERPs

Looking at the analysis in further detail, we find out that this year’s presence of rich answers on Google for mobile research results is more than doubled (picture above, taken from the study as any other on this article). This increase results, as mentioned, from the carousel’s spike, moved from 500k on 2018 to almost reach a million occurrences today; notably, image carousels have grown of the 151% per year.

A quick progression for images

A news that maybe will not surprise that much, especially if we think that multiple times over the current year Google (even at Google I/O) stated the intention to show more images on search result pages, inviting sites to focus on the image search, and that several innovations have been released in this area too (such as Swipe to Visit). 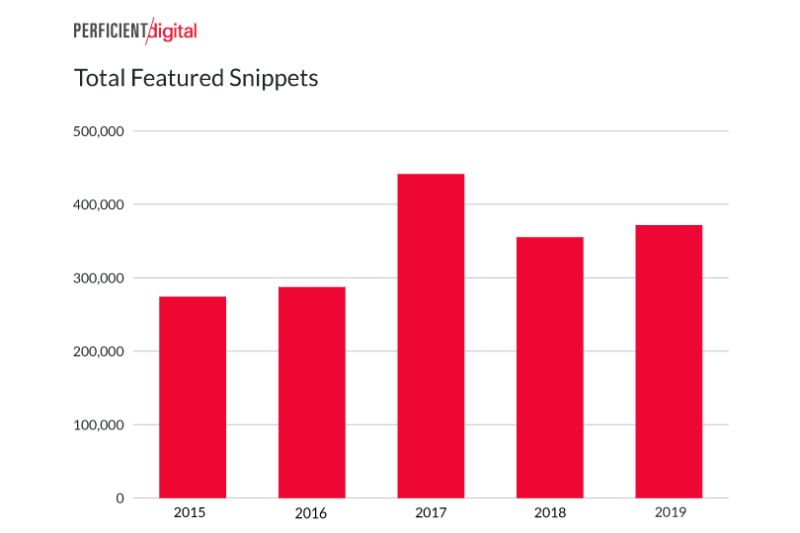 It is instead very conflicting the piece of data regarding featured snippets: if it is true that compared to 2018 the number of position zero observed on mobile SERPs has increased (a bit), it has not reached 2017’s spike, when this feature was displayed on over 450k queries. Even the growth of the results based on Knowledge Graph has flattened, with a subtle variation of the 0.1% compared to last year.

Eric Enge, general manager of Perficient Digital and author of the study, dwelt on analyzing the connection between Google’s algorithm variations and the growth of rich answers, with the premise that “even at 1.4 million queries, is only a small sampling of all search queries”. What we can read into this, anyway, is that “for a period of time, the algorithms available for identifying new featured snippets have stalled”, having somehow reached their current technology’s limit.

Has technology reached a limit?

According to Enge it still exist a “potential for continued growth and improvement in the search results as new algorithms become available”, though. Nowadays, the most critical issues still are how to understand the intent of the query, other than to detect which sites/contents meet that intent, given the fact that there are lots of aspect to take into consideration, including the actual comprehension of the used language.

Google BERT could start up the evolution of SERPs again

In this regard, the announcement of Google BERT ‘s integration on search algorithms “represents a significant development in this area” and could “help drive the next stage of growth in the presence of featured snippets within search results”, says one of The Art of SEO authors.

Discrepancies between mobile and desktop

Other than to focus on mobile, Perficient Digital also analyzed a random sample of 185k queries to compare search features on several devices; as easily conceivable, rich answers appear more frequently when using Google from mobile rather than desktop, and even those Knoledge Graph based results are slightly more common on mobile than desktop. The only exception is represented by featured snippets, that appear more frequently from desktop (11% more than on mobile navigation – but we already knew that!).