Using AMP to create visual stories on the Web: this is the claim defining AMP Stories according to the project’s official page, that explains how the system can be able to realize a “visual storytelling for the open web”. And if, up until a few days ago, all the recognizable (and usable) entities were essentially human beings or concepts concerning humanity, now an interesting evolution concerning animals seems to be happening.

The AMP Stories dedicated to animals

Mordy Oberstein on Twitter has been the first to notice it, launching a query concerning lions: “It looks like Google AMP Stories have evolved past people as entities (i.e. just showing people) and now includes entities like animals”. The topic has been deepened by Barry Schwartz on seroundtable, who found out that the feature activates on searches correlated to mammals, insects and other animal typologies. 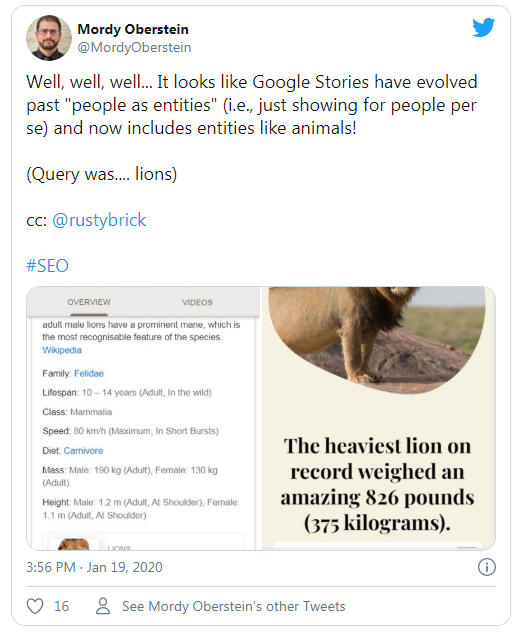 How are the new AMP Stories in the UK

We attempted at it from mobile device, and it seems like AMP Stories for animals are not available yet on Google UK: the query “leone” only shows the box with the 3D image (the 3D model of Google Images) and a knowledge panel with all the basic info on “the king of the forest”. Though navigating through Google US things are different: alongside the vivid image of the lion moving and roaring, there is the opportunity to tap on a “5 fun facts” box, offering five curious piece of info on the animal. 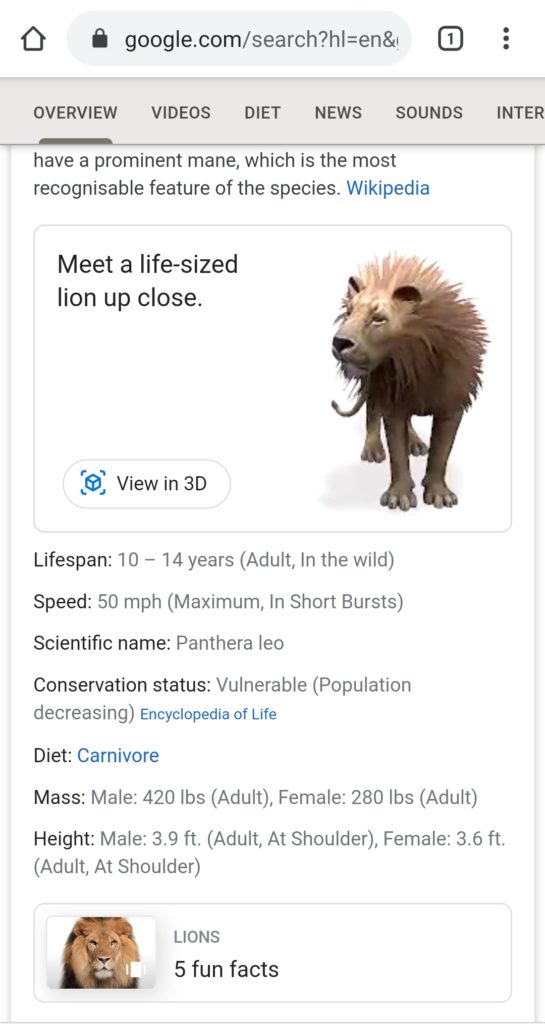 That is indeed an AMP story made of 5 slides, each of them taken from a different site (with source and clickable link below), that the user can navigate and browse as he likes. 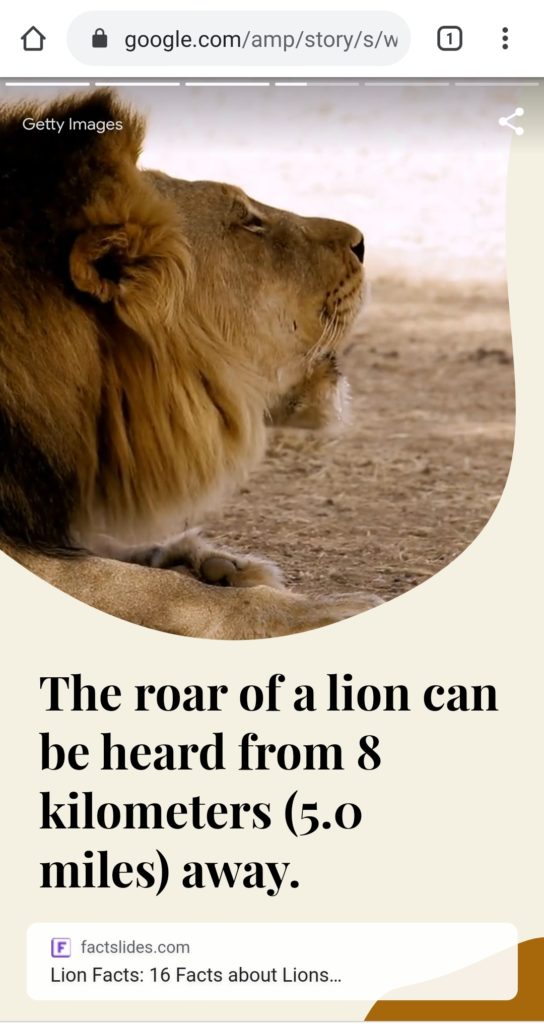 A quite slow spreading

Up until today, AMP stories have mainly been used and exploited by the big british and american editorial groups: CNN, Wired, The Washington Post, The Atlantic, The Telegraph and the BBC are just a mere part of the giants that developed these kind of contents and who have the great advantage to already be strategically placed in SERP and, so, are able to guarantee a potentially outstanding moile visibility.

This could mean, though, that there it could also be for smaller companies a margin to emerge on competitive segments, by trying to create interesting and curious stories that can intercept the clicks of the users.

Betting on AMP Stories in order to stand out?

In a historical moment of zero-clicks in SERP and in which Google is heavily harvesting the time spent by users online, by overtaking the role of competitor of all sites and providing both answers and services that deplete the entire user journey directly on the search engine, to find new ways to reach people with is crucial. Brand awareness and knowledge can also make a big difference, and that is why it is now pivotal to focus on building and reinforce them by standing out on prominent placements, inside rich results and on the other features that Google still offers today.